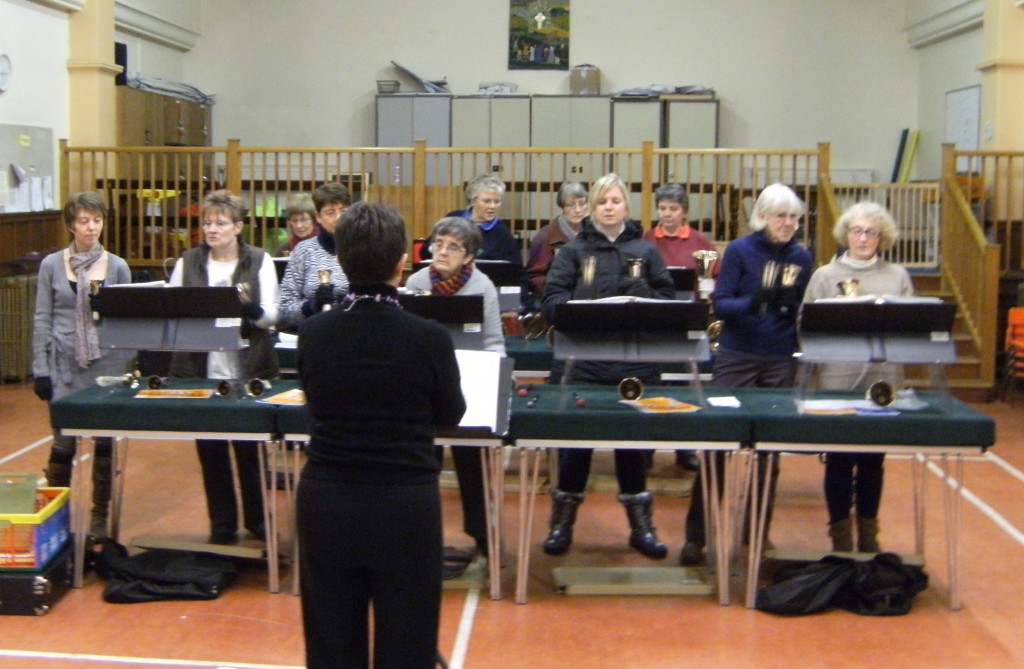 All our team are members of HRGB (Handbell Ringers of Great Britain) and through this we have made many friends at regional, national and international events.

Considerable sums of money have been raised for charities, including Childline, Quarriers, Clic Sergeant and the Prince and Princess of Wales Hospice.  We also raised enough money to give two sets of handchimes to Dr. Graham’s Homes in Kalimpong, India.

Our music ranges from classical to music from the musicals and films, from folk to popular hymn tunes and also music specially composed for bells.

We give concerts to many different types of groups and from time to time ring during worship.  We have featured on Classic fm radio, rung for a Moderatorial reception in the Georgian House, rung at events in the Kelvingrove Art Galleries, rung on ‘The Big Stage’ as part of Glasgow’s Winterfest programme and taken part, very successfully, in the Glasgow Music Festival.

Rehearsals, between late August and May, are weekly on Sunday evenings at     7.15 p.m.

For all up-to-date information, concerts, etc., you can find us on Facebook  or contact Ruth Cantlay: ruthcantlay@gmail.com

Bible Gateway’s Verse of the Day